Chicago is a city that is defined by its relationship to the lake and the design of Navy Pier’s first hotel is sophisticated, reflecting Chicago’s urbanity, but with the Great Lakes region’s welcoming informality. The design links Lake Michigan with the glittering city it looks back on and the concept makes the most of its location by starting with a window box as the organizing principle for the design of the façade and guest rooms.

Each of the 223 guest rooms feature a window seat from which to view Chicago’s unparalleled skyline and the lake’s striking, blue-green waters. The design celebrates the hotel’s unique location as well as its historic past. It pulls inspiration from the pier’s history as a port, and the naval training ship after which the hotel is named, by incorporating subtle nautical cues like weathered brass, ship building materials and the use of smooth curves similar to those of a ship’s interior cabin in the casegood and millwork design. These motifs are layered with whimsical elements drawn from the 19th century Pageant of Progress held at the Pier during the ship’s prewar life as a Great Lakes luxury passenger cruise ship.

The color palette is grounded by mixed neutrals and highlighted by a spectrum of blues and blue-greens reflecting the colors of Lake Michigan, balanced with an overall ambiance of luxury. At the lobby, a renovation of existing pre-function space, telescoping metal column covers create the framework for warm wood tones and hand-tufted, rope-inspired rugs. Just as the night sky guided ships on their journeys, an installation of mirrored glass optic balls arranged as constellations sparkles behind the reception desk.

The Sable is one piece of the Navy Pier centennial celebration and renovation of the Pier. 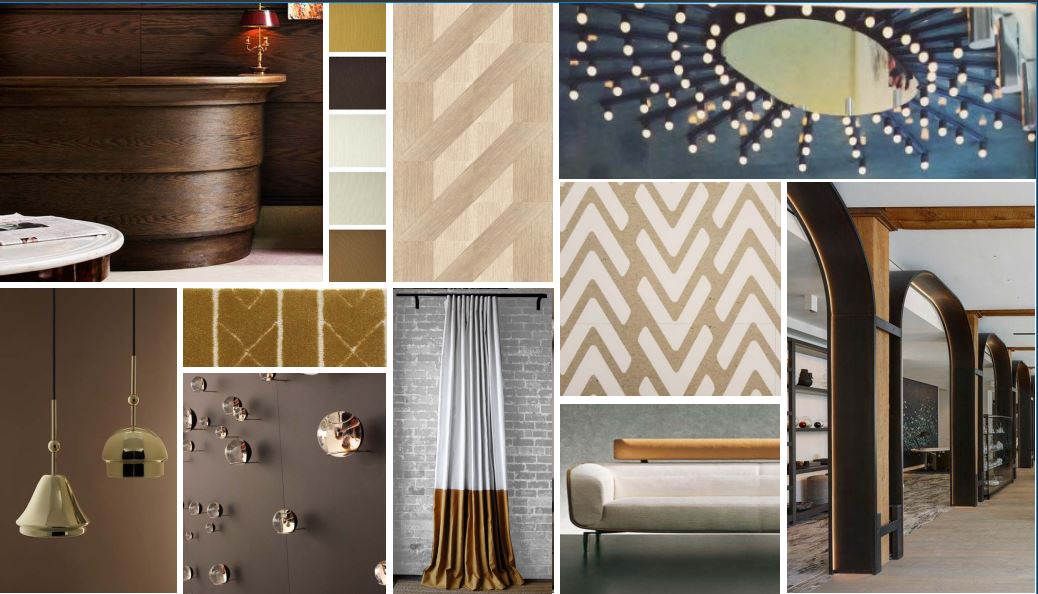 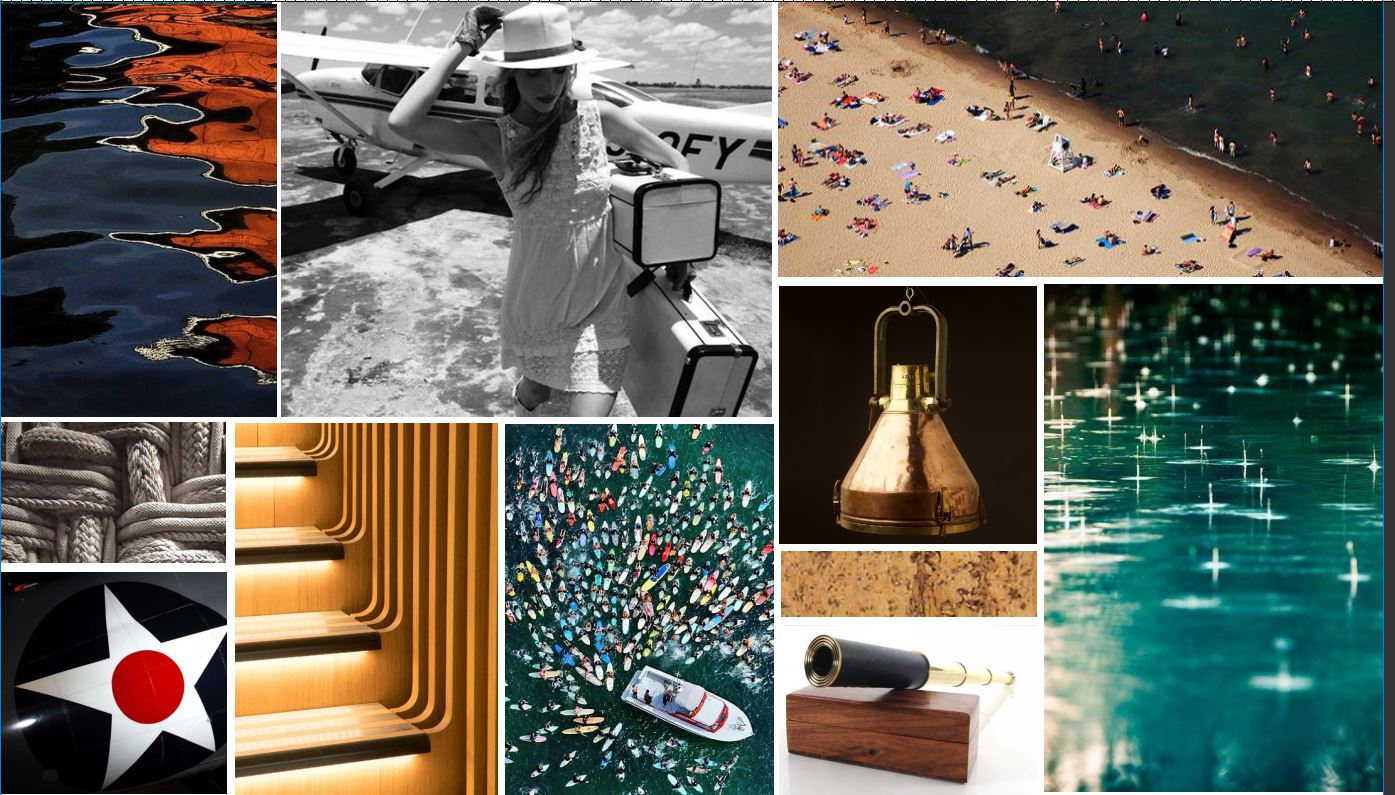 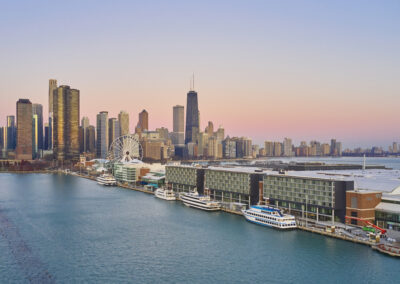 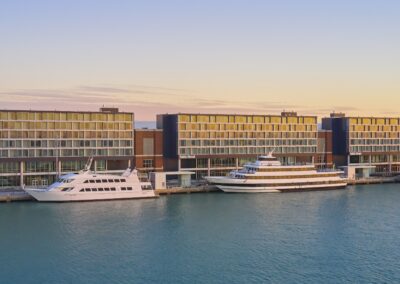 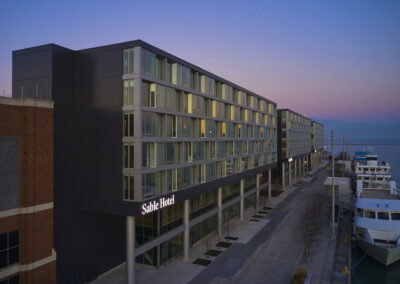 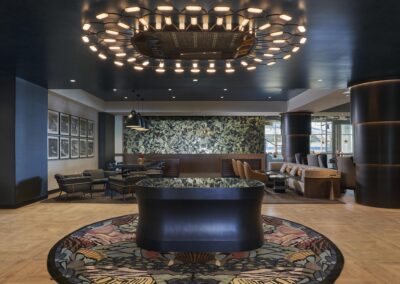 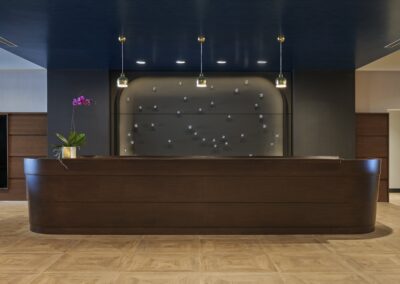 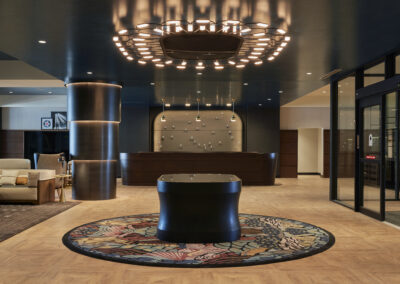 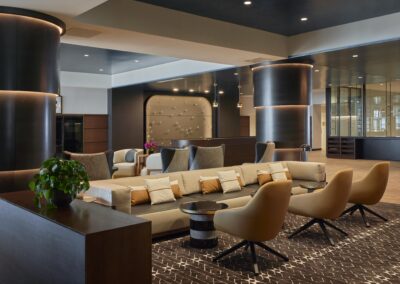 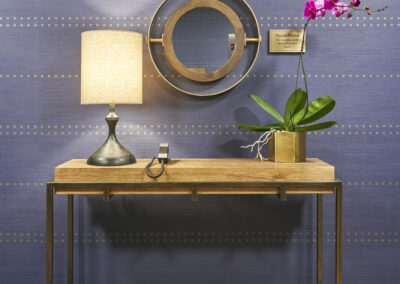 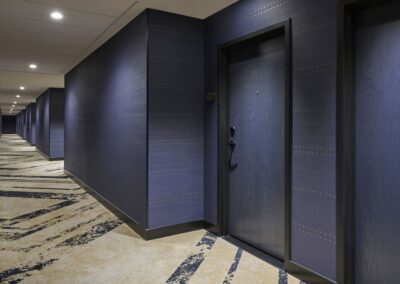 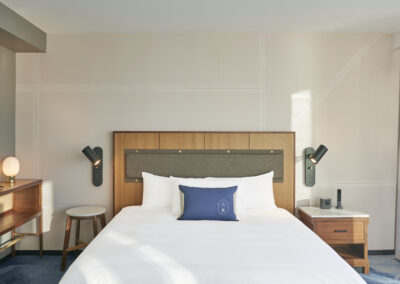 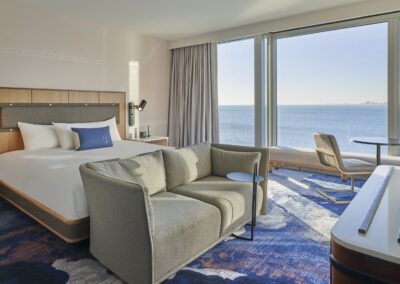 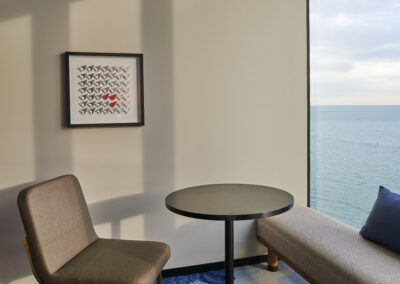 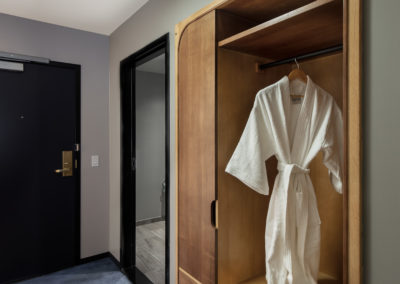 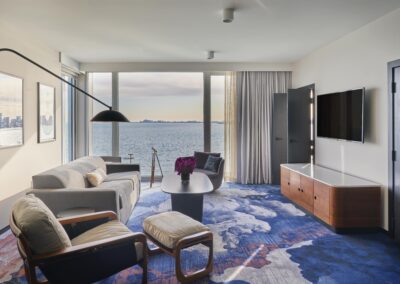 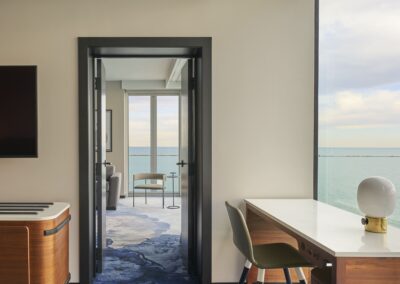 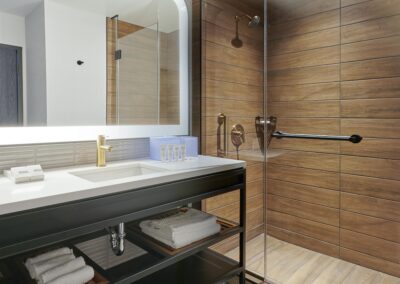 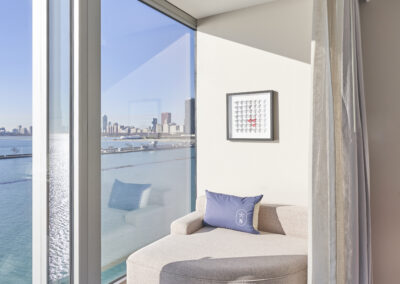 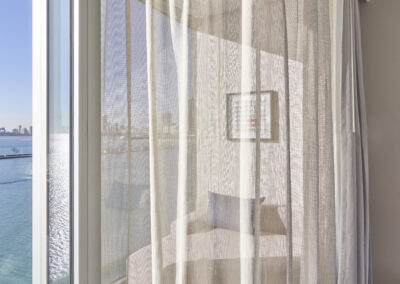 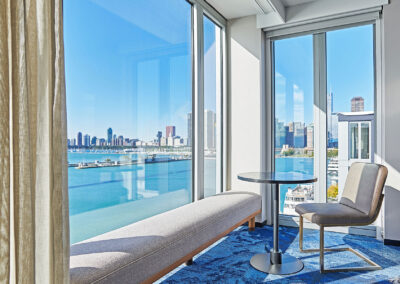